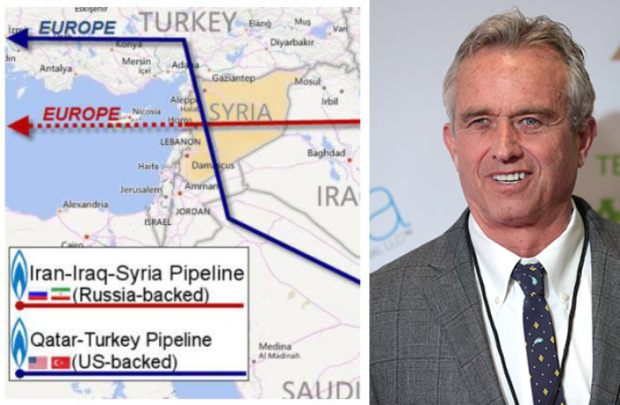 ; and thus he will by and by convince himself the war is just, and will thank God for the better sleep he enjoys after this process of grotesque self-deception."
– Mark Twain

The recent chemical gas attack in Syria has once again lit a fire under the global population, a split is being created. Every single year, the divide as to what's really happening in Syria gets stronger and stronger. Although division and the constant opposing narrative's between the mass population only creates more conflict, drama, and confusion, in this case it's much different, because before it was simply believe what we hear, now, we are learning to question it.

What we have here is a classic case of media giants spewing opposing views. On one hand, we have the western military alliance claiming that a chemical attack occurred in Syria and was done so by the Syrian President, Bashar Al Assad, despite the fact that absolutely no evidence of this being so was presented. This narrative is dished out from intelligence agencies via western mainstream media. Investigations are currently taking place as to what really happened there, as the OPCW chemical weapons inspectors recently arrived inside of Douma to do an inspection, as it would be nice to actually have some real evidence that a chemical weapons attack occurred.