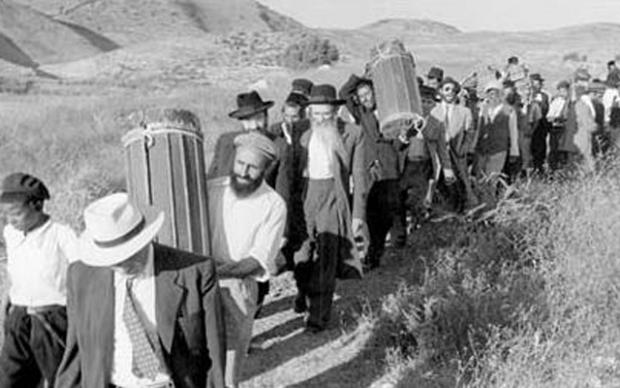 Fortunately, only one person was killed and one injured. Suspicion was immediately directed at "an extremist Iraqi organization," David Hirst writes in The Gun and the Olive Branch: The Roots of Violence in the Middle East. In fear for their security, many members of the old Jewish community prepared to emigrate to the new state of Israel. The Iraqi government did not forbid this, but "the Iraqi parliament passed a law confiscating the property of all Jews who renounced their citizenship. No one was allowed to take more than £70 out of the country." (This immoral act of parliament carried a revealing message: we don't want you to go.)

Those acts of terrorism, however, "were the work not of Arab extremists," Hirst continues, "but the very people who sought to rescue [the Jewish Iraqis]" – that is, "a clandestine [pro-Israel] organization called 'The Movement.'" In fact, "the bombs which terrorized the Jewish community had been Zionist bombs."

The startling revelation came from Yehudah Tajjar, an Israeli agent, whose arrest in Baghdad made possible the arrest of 15 members of a covert Zionist organization in Iraq. "Shalom Salih, a youngster in charge of Haganah arms caches, broke down during interrogation and took the police from synagogue to synagogue, showing them where weapons, smuggled in since World War II, were hidden," Hirst writes.

Land Reform and Farm Murders in South Africa: The Untold Story of the Boers and the ANC