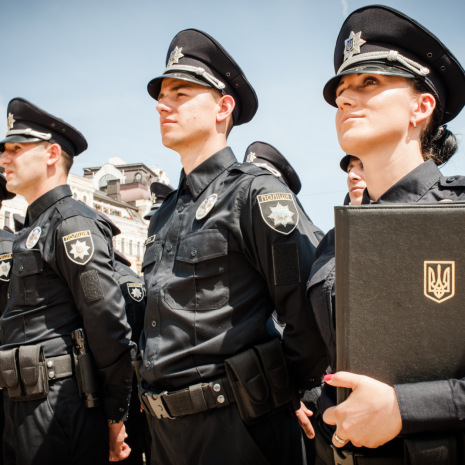 Employees of a regional police department in Ukraine were recently caught mining cryptocurrencies using the department's resources, according to the court document. They had been mining for four months before they got caught and their mining farm seized. Employees of the National Police of Ukraine reportedly set up a cryptocurrency mining farm in their workplace and mined cryptocurrencies for four months before they were caught, local media reported this week. The employees work at the Rivne Oblast regional police headquarters' Communications Department. This information was revealed in the Rivne City Court document number No. 569/8710/18, Finclub reported.

Ukrainian news agency Glavcom elaborated, "In April of this year, employees of the Department of Homeland Security of the Police Headquarters in Rivne Oblast identified the [crypto mining] equipment at the office of the Communications Department," adding:

US Troops and Air Defenses to Nazi-Infested Ukraine?

Ukraine Between Biden And A Hard Place

Careening Toward Catastrophe: Why Is Washington Pouring Gas On The Russia/Ukraine Fire?

Troops From Poland and Belarus CLASH Along Border