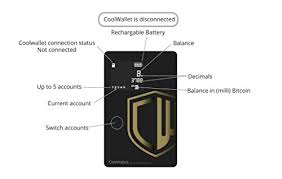 Cryptocurrency enthusiasts take security and storage seriously, and there are a bunch of different hardware solutions out there. One startup has released a different kind of digital asset hardware wallet that is the same size and shape as a credit card. Due to the design of the new 'Coolwallet S,' the wallet can be hidden very easily alongside the option of being carried effortlessly in your back pocket.

Coolbitx is a Taiwanese financial-tech company founded by Michael Ou in 2014 that creates digital asset hardware wallets as well as smart contract development platforms. Back then the wallet creators started an Indiegogo campaign featuring the credit card shaped hardware wallet that allowed the secure storage of bitcoin private keys. During the Indiegogo campaign, the team raised $21,686 USD through 184 backers, 108 percent of their goal. Moreover, the startup Coolbitx is backed by firms such as Bitmain Technologies, SBI Holdings, Kyber Capital, Midana Capital, and more. Basically, the Coolwallet S is the size of a traditional credit card at roughly 85.60 × 53.98 mm with rounded corners. It has a display on the upper left side which shows the wallet's data like sending and balances. The creators of the Coolwallet S device claim that cryptocurrencies are held in an isolated offline environment and the card's tactile button ensures an owner's two-factor authentication process. The Coolwallet S holds five popular digital assets such as Ethereum (ETH), Bitcoin Core (BTC), Bitcoin Cash (BCH), Litecoin (LTC), Ripple (XRP), and an assortment of ERC-20 tokens.