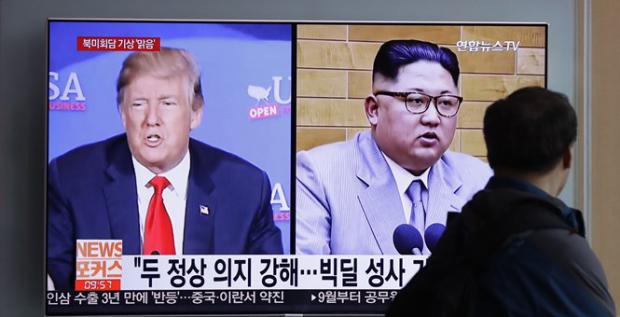 The B-52 exercises alongside F-22 stealth fighters were canceled.

But Pyongyang had other objections.

Sunday, NSC adviser John Bolton spoke of a "Libyan model" for the North's disarmament, referring to Moammar Gadhafi's surrender of all his weapons of mass destruction in 2004. The U.S. was invited into Libya to pick them up and cart them off, whereupon sanctions were lifted.

As Libya was subsequently attacked by NATO and Gadhafi lynched, North Korea denounced Bolton and all this talk of the "Libyan model" of unilateral disarmament.

North Korea wants a step-by-step approach, each concession by Pyongyang to be met by a U.S. concession. And Bolton sitting beside Trump, and across the table from Kim Jong Un in Shanghai, may be inhibiting.

What was predictable and predicted has come to pass.

If we expected Kim to commit at Singapore to Bolton's demand for "complete, verifiable and irreversible denuclearization," and a swift follow-through, we were deluding ourselves.