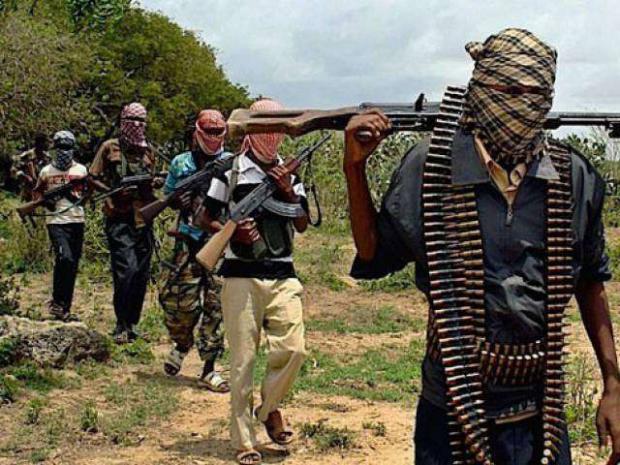 A gang of Somalis allegedly traveled across state lines to terrorize a wedding party in New Hampshire. They are now in custody after being accused of opening fire on a vehicle at a Concord wedding.

The New Hampshire Union Leader issued a report on the incident:

Witnesses identified Salim Hussein as the man they saw shoot a pistol from a white Chrysler 200, which was rushing out of the parking lot at Bektash Temple when it was broad-sided by another vehicle early Sunday, police said.

Five people climbed out of the Chrysler; witnesses told police at least one opened fire on the other vehicle, Lt. Sean Ford said Monday.

"We knew people had fled into the woods and we were concerned for a while that we may have somebody injured out in the woods," Ford said. "We had people coming out of the woodline for several hours after this thing, even at the break of dawn."

The suspects names are Salim Hussein, Abdi Mohamed, Ali Hussein and Jafar Issak. Hussein allegedly drove from Tennessee through Ohio to pick up the accomplices.

A follow-up article released by the New Hampshire Union Leader traced the animus back to Ohio street gangs. Columbus has seen a rise in migrant-related gang violence as it has become an enclave for Somali immigrants. Police have learned the following by studying the foreign criminal gangs:

"Police in Columbus said several factors have come into play in the rise of Somalian-dominated street gangs:

• Somalians don't forget tribal animosities just because they move to the United States, and at one point Columbus tracked 10 to 15 clans with histories of grudges and shifting alliances, said Khaled Bahgat, the new American diversity/inclusion officer for Columbus police. He added that those animosities seemed to have calmed in recent years.

• Refugee families settle in inner-city communities, where youths find role models among street criminals. Recently, some Somalians have been robbing Columbus pharmacies and engaging in drug trafficking, Bahgat said. "Some, unfortunately, follow the path of whatever environment they're in. Once they take that road, they become very bold. They feel like nobody can touch them," he said.

My Talk at Porcfest