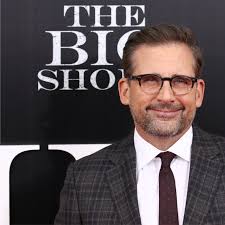 Steve Eisman, the American investor best known for having shorted collateralized debt obligations before the 2008 financial crisis, doesn't see what is the real value of cryptocurrency. He reportedly holds that the popularity of the phenomena comes down to only two factors, speculation and money laundering.

Also Read: Only 8.5% of Bitcoin and Cryptocurrency Traders Are Female Speaking in front of about 1,500 people at the CFA Institute's annual conference in Hong Kong on Monday, Eisman even questioned the rationale for cryptocurrencies to exist. "I don't see the purpose of it. What value does cryptocurrency actually add? No one's been able to answer that question for me."

In a panel discussion and a following interview, Eisman revealed that he has never invested in nor shorted any cryptocurrencies. "I don't touch it. I don't know what I'm looking at…I have no interest," he explained. "I don't understand why regulators haven't regulated it more heavily," Eisman added according to the Wall Street Journal.

Eisman was a lead character in Michael Lewis' bestselling 2010 book about the build-up to the US housing bubble "The Big Short: Inside the Doomsday Machine." He was played by comedian Steve Carell in the 2015 movie adaptation which showed how he made millions correctly betting against CDOs when everyone else was blinded by greed. In the case of cryptocurrency however he seems to go with the flow, joining the likes of Warren Buffett  and Charlie Munger who bash what they insist not to understand.