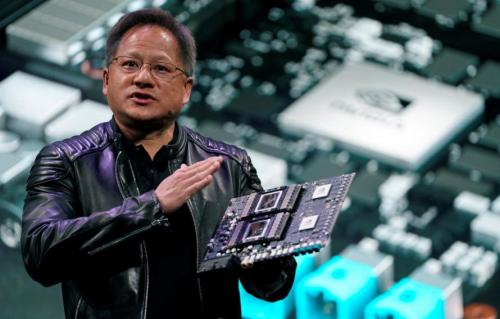 Around 1pmET, the entire space tumbled almost instantly as large blocks went through in Bitcoin, with chatter suggesting the MtGox custodian was unloading once again. Prices quickly stabilized once that selling pressure abated.

However, shortly after the US market closed at 4pmET, Nvidia announced its results, posting quarterly sales that topped expectations.

However, NVDA shares fell as the company revealed for the first time that a bigger-than-anticipated portion of the demand for its powerful graphics processors came from the volatile cryptocurrency market. And then the company said that while it generated $289 million in sales to cryptocurrency miners in the first quarter, Chief Financial Officer Colette Kress said that the company expects cryptocurrency-related revenue to fall 65% to about $100 million in the next quarter...sparking a second leg of selling pressure across the crypto-space.

And then overnight the third 'whammy' of the triple whammy struck when South Korean prosecutors raided the offices of Upbit, one of the world's largest cryptocurrency exchanges.