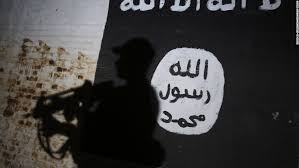 The aide, Ismail al-Eithawi (a.k.a. Abu Zaid al-Iraqi) was captured in Turkey by authorities and handed over to Iraqi counterparts, according to an account told to Reuters by Iraqi security advisor Hisham al-Hashimi. What followed was a three-month operation to track a group of senior Islamic State leaders hiding in Syria and Turkey.

Iraqi agents used the Telegram messaging app on Eithawi's mobile phone to lure other Islamic State commanders to cross the border from Syria into Iraq, where they were captured. Those held include Saddam Jamal, a Syrian who served as the group's governor of Syria's eastern Euphrates region.

Hashimi described Eithawi and Jamal as the two most senior Islamic State figures ever to be captured alive. The capture of all five was announced on Iraqi state TV on Wednesday.

Hashimi said the operation was carried out in cooperation with U.S. forces, part of an American-led coalition fighting against Islamic State on both sides of the Iraqi-Syrian border. -Daily Mail