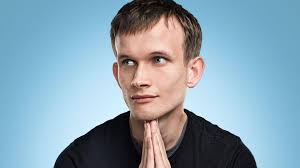 Vitalik Buterin, Ethereum's cofounder, is increasingly finding himself target of very public rumors about his role in the project's supposed love of secrecy. Charges of lacking transparency are equivalent to mortal sins in the cryptocurrency space. Ethereum too is particularly sensitive about accusations along these lines, especially in the ongoing light of a possible US Securities and Exchange Commission (SEC) crackdown. Mr. Buterin and his supporters are fighting back.

The "it" was a recent meeting in Toronto, Canada of Ethereum players, promptly blasted by Catallaxy co-founder and Satoshi Portal CEO (Bylls) Francis Pouliot. He described the event as a "Secret meeting of Ethereum management committee," in a Tweetstorm for the ages, continuing about how "blockchain governance rules were decided by the stakeholders." The entire Ethereum project of late has come under ecosystem scrutiny due to SEC regulators in the United States set to determine its legal fate. Judged a security, and therefore subject to regulatory jurisdiction as a public company, could conceivably rock much of the crypto world. A healthy majority of initial coin offerings (ICOs) and smart contract platforms are dependent upon ERC20 tokenization.