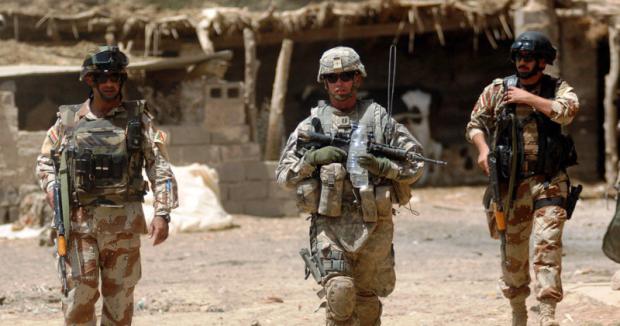 The US-led coalition against Islamic State (IS, formerly ISIS/ISIL) has closed down a headquarters responsible for ground operations in Baghdad, symbolically ending major combat operations in Iraq.

The Combined Joint Forces Land Component Command (CJFLCC) headquarters was deactivated in a ceremony on Monday, and its authorities were transferred to Operation Inherent Resolve (OIR).

"Casing the CJFLCC colors is a symbolic gesture, honoring the perseverance and sacrifice of our coalition partners," said Major General Walter Piatt, the commander of the 10th Mountain Division who has headed the CJFLCC since last month.

Deactivating the headquarters is a move to reduce command structures as the coalition shifts focus from combat operations against IS to supporting the Iraqi government's security forces, officials told Stars and Stripes.

CJFLCC had worked with Iraqi government troops and Kurdish peshmerga militia to provide training, battlefield advice and other military support in the fight against IS, as well as diplomatic and law enforcement assistance.

The closure is "acknowledging the changing composition and responsibilities of the coalition," OIR said in a statement. In February, NATO countries agreed to fund a major training and advisory mission in Iraq aimed at bolstering Baghdad's security forces.