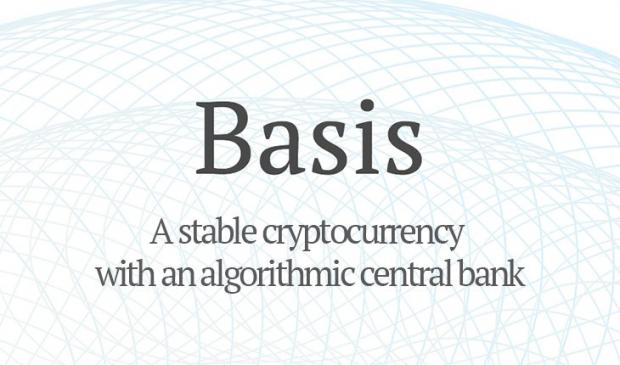 Al-Naji is the cofounder and CEO of Intangible Labs, whose forthcoming product Basis (formerly known as Basecoin), is a cryptocurrency designed to do just the opposite of what Bitcoin has done: The price of a Basis coin is meant to stay at $1.

Earlier this week, Basis announced that it had raised $133 million from venture capital investors to develop Basis, its stable-coin, a cryptocurrency whose price is algorithmically pegged to a fixed value, adjusting its supply based on demand.

Could a crisis of confidence cause a death spiral in the system?

The Basis mechanism is designed to be resistant to death spirals and positive feedback loops. Our stability analysis, which we plan to make public, explores this question from many angles. Here, we discuss what we find to be one of the most common misconceptions around the way we believe the Basis system would work in a crisis of confidence.

When the bond queue becomes very long, it takes longer for new bonds to be redeemed. This would tend to depress bond prices, as it would cause people to become less willing to buy bonds. Some claim that during a crisis of confidence, depressed bond prices would cause the system to create more and more bonds at lower and lower prices in a positive feedback loop. However, we have two features in the Basis system designed to halt this loop: A bond price floor and a bond expiration.

The protocol is designed such that when a crisis of confidence occurs, once bond prices drop below a threshold that we call the bond price floor, the protocol would simply stop creating new bonds. When this happens, we would expect Basis price to dip below $1 for a period of time because demand has dropped but bonds are no longer being created. However, having a bond expiration means that old bonds gradually expire. When old bonds expire, the bond queue gets shorter. At some point, and usually quite rapidly, we would expect the shorter bond queue to cause bond prices to rise above the floor again, helping to restore Basis price back to $1.

Note that the intended restorative effect of bond expiration is continuous. To see this, suppose that the protocol has not issued bonds for a whole week. Assuming a 5 year expiration, this means that all of the bonds that are currently in the queue will expire in 4 years and 51 weeks at most. A buyer of a bond when the queue is in this state will have a full week, after 4 years and 51 weeks have passed, where all the bonds have expired and all of the Basis expansion is paid to that buyer. Because of this, the payout of a bond recovers over time, and should become more and more attractive as more time passes. In fact, this "expiration window" effect could allow bond prices to start recovering even on the next reconciliation, just after bond prices have dropped below the floor.

How does this compare to existing monetary systems? What's interesting is that existing monetary systems that rely on fiscal debt don't have an expiration on that debt. Rather, when they reach a situation in which they have to run a fiscal deficit for a prolonged period of time, they finance that deficit by issuing more debt, effectively kicking the can down the road.

Basis' approach of having an expiration on bonds is intended to allow the system to "default" transparently by de-pegging temporarily, and then re-pegging as bonds expire.