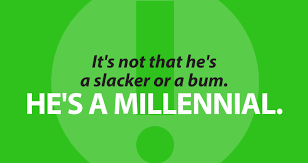 Let's not worry about US stocks dancing around the 200 day moving average, or Deutsche Bank's miserably miserable (anticipated) results, or the 3.01% US treasury yield (only some 90 bp lower than Greece (and yes I know they are different currencies, but that's not the point!) And, yes, the main news today will be whatever ECB head Draghi says. Don't expect any insights into the disturbing signals of European slowdown, but prepare for the usual kick-ra-can-down-the-road obstification about when rates are going to rise. Yawn.

Instead, let's start with credit where credit is due.

Last night I was at the 20th Birthday Party for the UK Debt Management Office. Founded by Gordon Brown on April 1st 1998, the small and highly professional DMO staff raised nearly £150 bln for the UK last year, prompting Chancellor Philip Hammond to wonder if this made them the most productive workers in the UK? I suppose it's no wonder my old friend, reformed banker and head of the DMO, Sir Robert Stheeman, did the maths and idly pondered: since they raise something like £800,000 for the UK every minute, perhaps its time to ask for commission based pay packages for his staff?

The success of the DMO is illustrated by the fact so many other countries have since followed the model, and by the number of bankers at last night's do in the Treasury. Great to see so many old friends there, and thanks for the many kind words about the porridge. I really have no idea how many people read it as its distributed over a larger number of media outlets including Bloomberg, Euromoney and other financial wires – which proves its freely available commentary and therefore not subject to MiFID restrictions.

The other side of the equation this morning is the UK. A few weeks ago I mentioned the concerns of some of my moneyed friends about the low prices being hit on UK bloodstock (racing horses to you and I) sales. It seems the rich have been taking stock and holding back on discretionary spending. Do they know something we don't? The obvious answer is "Brexit"… it so unsettling and shrouded in uncertainty that Brexit has been an excuse for anything: "What, you got hit by a meteorite on the way to work?... well that's Brexit for you.. bless"

The truth is very different. Brexit is and always has been a distraction. The rot appears to be far more deep seated in the structure and fabric of the past 30 years. The truth is a few people have lots more money, but lots of people have far less. So, this morning its UK car sales dropping of the proverbial cliff. Millennials aren't buying cars – no matter how cheap the financing packages are – because there indentured slavery pittances will never allow them to buy their own homes. The middle classes are holding on to their cars for longer because they are working longer and harder, are being indirectly taxed more, and have less to spend.

Meanwhile, they're also getting fearful of a slide in housing – which is the only way most folk will ever get any kind of liveable pension. A housing slide could be triggered by higher rates, affordability and the threat of the current high employment being reversed by recession.

Or, perhaps something more insidious.

House prices in London are distinctly wibbly. (Wibbly is that moment before Wobbly becomes a Tumble preceding a Catastrophe.) I found myself watching Panorama on Monday night about corruption and money laundering through London property – the tale of the daughter of a Georgian Don who owns three flats in that Knightsbridge development being on prominent case. We'd be fools to ignore the vast swathes of London property in shell company names that may or may not be linked to industrial scale money laundering.

We'd be equally foolish to ignore the signals send by haves and have nots and income inequality – where rich overseas buyers (and once plentiful City bonuses) made Central London a no go zone. What can government do? Clamp down and seize houses as the proceeds of crime? Difficult. They'll be told its economic suicide to send signals the UK doesn't welcome money into the country – London property is perceived as a mega safe asset by the rising Asian middle classes, and the government wants them. (Its apparently just poor people who came to rebuild this country since the 1950s the government doesn't want.. Oh, what biting political satire.. but the Windrush thing is a national disgrace and someone needs to fall on their swords.)