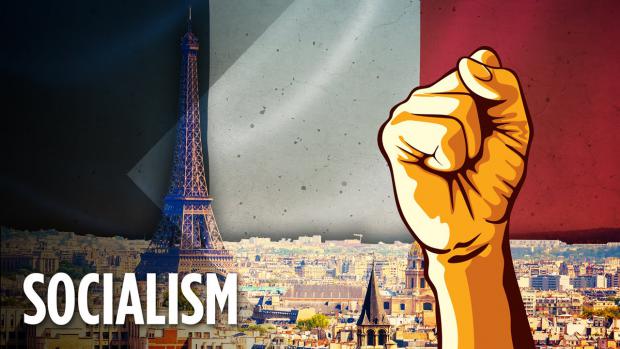 Strikes and blockades have spread across France as President Emmanuel Macron spends his time touring Europe with a new EU agenda. The French state-run railway service, SNCF, is currently dealing with massive strikes on both the regional and the high-speed inter-city lines. The unions CGT and SUD-Rail are striking in opposition to any change in the status of SNCF (the public rail service) personnel. It should be noted that government reform is very moderate since current employees of the SNCF hired to that professional status will keep all the benefits and privileges associated with it. The changes are merely affecting new employees.

The labor union activists are equally upset by the liberalization of the rail market which is being initiated by the European Union. Through the "Mobility Pack" coming from Brussels, Paris will be obligated to open regional train travel to competition from next year on. With a highly inefficient public service in this area, the SNCF is right to be worried about the potential price competition on its major lines.

Through the "Mobility Pack" coming from Brussels, Paris will be obligated to open regional train travel to competition soon.

As of now, the service is confronted with the fiscal burden of both massive debts and deficits. Given the monopoly on all transport lines, this is actually a phenomenal "achievement." It truly takes a government-run system to produce services that operate this poorly. And yet, SNCF employees seem determined not to let the government change a thing. Out of spite, the union plans to run fewer trains than normal until June. However, when the decision to reduce the number of operating trains was made, the union didn't consider how that might affect their own cause.

After planning a rally in support of these new changes, the union realized that the lack of trains meant fewer people had access to the transportation needed to attend the rally. One union leader commented on this, saying:

For this rally, we thought about everything, except the fact that the trains weren't running.

You couldn't make it up.

The strikes in the public railway sector are paired with equally intrusive strike actions on France's publicly held airline AirFrance. After more than nine days of strikes, the board had suggested a deal to the union: 2 percent of salary increase in 2018, then a 5 percent over a period of three years. The union responded by demanding an immediate 5 percent increase and announced that the strike would continue.

With AirFrance being one of the few airlines that connect the country by air, and with almost all train lines paralyzed, the behavior of the AirFrance union seems deliberately coordinated. This trade union behavior only seems confirmed by the fact that in a number of cities, union activists blocked the inter-city buses run by private companies. The German bus travel provider Flixbus had seen a massive spike in reservations following the strikes, and even ran ads online, saying "during the strike, take Flixbus!"

Being the second-largest strike-friendly country in Europe with 125 days of strikes per 1,000 employees is one thing. Blocking the access of private companies which are merely trying to get people to their workplaces, that is having true resentment for those who work.