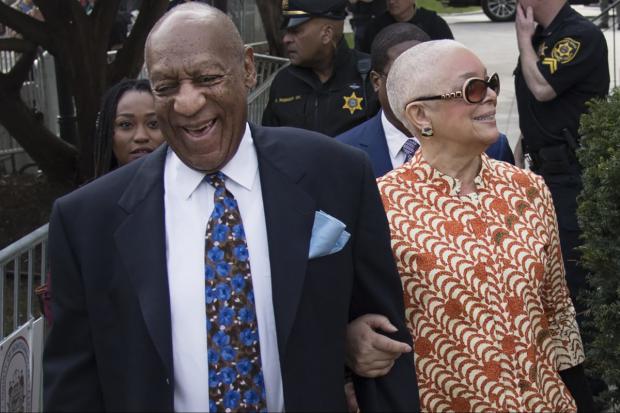 Montgomery County prosecutors lashed into Bill Cosby in their final pitch to jurors Tuesday, painting him as a serial sexual predator who hid for decades behind his reputation as "America's Dad" to lure unsuspecting young women into situations where they were powerless to resist his advances.

"He is nothing like the image he plays on TV," Assistant District Attorney Kristen Feden said in an impassioned address to the panel of seven men and five women hearing the case. "He utilized that image and cloaked it around himself, so he could gain the trust of young, unsuspecting women to sexually assault them and strip their ability to say no."

Feden and her cocounsel, M. Stewart Ryan, pushed back hard against defense attempts earlier in the day to discredit Andrea Constand, the case's central accuser, as a "con artist" and a grifter.

They responded contemptuously to what they described as "utterly shameful" and "filthy" efforts by Cosby's lawyers to tear down the five other women who testified against the 80-year-old entertainer at trial.

"She's the exact reason that women and victims of sexual assault don't report this crime," Feden said, pointing at defense lawyer Kathleen Bliss, who had in her own closing argument hours earlier dismissed each of the women one-by-one as "failed starlets," gold diggers, or sexually promiscuous liars. "How dare she call these women moral-less?"

As for Cosby, Feden stood feet from the comedy icon, pointing directly at the uncomfortable smile playing across his face.