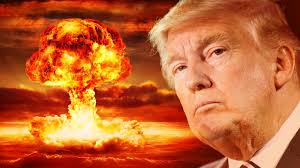 Thus boasted French President Emmanuel Macron Saturday, adding, "We convinced him it was necessary to stay for the long term."

Is the U.S. indeed in the Syrian civil war "for the long term"?

If so, who made that fateful decision for this republic?

U.N. Ambassador Nikki Haley confirmed Sunday there would be no drawdown of the 2,000 U.S. troops in Syria, until three objectives were reached. We must fully defeat ISIS, ensure chemical weapons would not again be used by Bashar Assad and maintain the ability to watch Iran.

Translation: Whatever Trump says, America is not coming out of Syria. We are going deeper in. Trump's commitment to extricate us from these bankrupting and blood-soaked Middle East wars and to seek a new rapprochement with Russia is "inoperative."