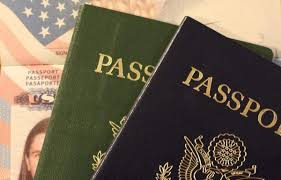 In the best of times, people might think you are crazy for getting a second passport, or foreign citizenship.

But what about on the brink of World War 3? Perhaps now is the time to give yourself some options.

If you are American or British, the last thing you want is to be trapped. Imagine if a U.S. passport–arguably the most cherished passport in the world–suddenly couldn't get you across borders. This could happen if a foreign coalition raises international pressure to stop the U.S. from aggressive action in the Middle East.

But the U.S. government itself could revoke your permission to travel for any number of reasons. They can cancel an individual's passport without explanation. And as we inch towards more intense nationalism, it is unfortunately not so far-fetched that the U.S. would limit their own citizens travel opportunities wholesale.

At that point, it will pay off to have a passport from Panama or Italy. It means you can still travel to many places without the U.S. having a say. It means you can flee in the face of American military escalation, martial law, natural disaster, or financial collapse.

The best resource online for learning about second passports and foreign citizenships is Sovereignman.com.

This is something everyone who wants a second passport should check first and foremost. Are you one of the lucky people who have ancestors from certain countries?

If your ancestors left one of these eight countries within the last few generations, you might qualify for citizenship and a passport. Germany, Italy, Ireland, Poland, Greece, Lithuania, Latvia, and Armenia all have citizenship by ancestry programs.

Each of those countries has some sort of program to award citizenship to those who can trace their lineage back to a citizen of the country. It may take some time, you might need to spend some time in the country, and you might have to learn the language. But these are relatively small obstacles to acquiring something as valuable as a second citizenship.

This free Sovereignman report can tell you more about the citizenship by ancestry process for each nationality. So if you have ancestors from any of those countries, this is the place to start.