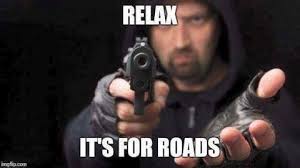 Another way to put it is this: If you're living in a society in which the government wields the power to seize the fruits of your earnings, you are not living in a free society, no matter how convinced you are.

Americans lived without income taxation for more than a century. They also lived in a society in which there was no welfare state and no warfare state. No Social Security, Medicare, Medicaid, farm subsidies, welfare, food stamps, public housing, drug laws, immigration controls, public schooling, Pentagon, military-industrial complex, CIA, NSA, FBI, EPA, DEA, SEC, Homeland Security, ICE, or most of the other myriad agencies of the welfare-warfare state.

It was that way of life that defined an American. That's what Americans defined as freedom. That's what made the United States the most unusual society in history (notwithstanding the horrible exception of slavery).