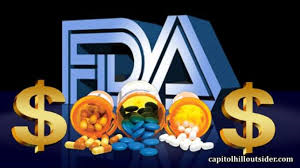 We've all seen those drug commercials on TV with pleasant-looking grandparents frolicking in a grassy field with an adorable puppy, living life to the fullest while an announcer talks about how Big Pharma's latest poison is going to make your life every bit as joyful. Then comes the obligatory rushed reading of a list of side effects. When the commercial is over, the general impression is a positive one: This drug is going to make your life better, but you might have a few minor problems like drowsiness.

Drug companies might be required to tell you their side effects, but they have invested a lot of money in finding ways to present this information in the most positive light possible, and when that approach won't work, they do their best to deliver it in a forgettable manner. These efforts appear to be paying off in more ways than one because now the FDA is considering scrapping them altogether on the grounds that TV viewers simply don't listen to the side effect lists. With this move, it appears the FDA cares less and less about making their collusion with Big Pharma obvious.

In an effort to make the process seem reasoned, health officials proposed a study that will assess whether people actually read the ad warnings. They claim they are worried that critical information is getting lost in the shuffle, causing people to overlook the more serious warnings. Should the study confirm this suspicion, the FDA could scrap the list entirely as they find other ways to "safely" market medication.