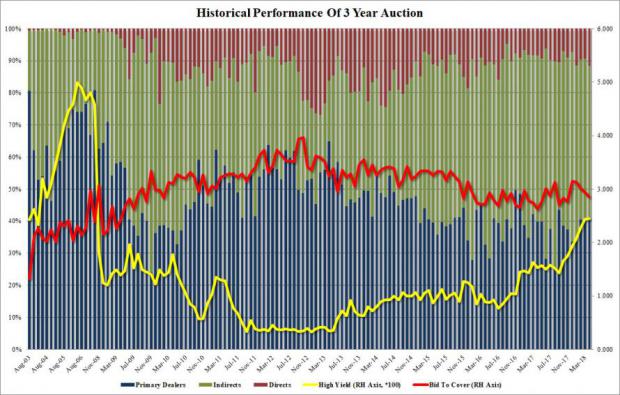 While unlike a month ago, when the US Treasury had a record amount of Bills, Notes and Bonds for sale, the selling calendar is not quite as busy, there is still a deluge of paper for sale over the next few days, and after today's Bill auction, moments ago the US Treasury sold $30 billion in 3Y Notes at a yield of 2.450%, the highest since May 2007 (when 3Y issuance was briefly suspended until Nov. 2008), just barely tailing the When Issued by 0.1bps.

Overall, a mediocre auction to start this week's issuance, with all eyes now on tomorrow's 10Y auction as the Treasury ramps up supply to fund its $1+ trillion deficit.