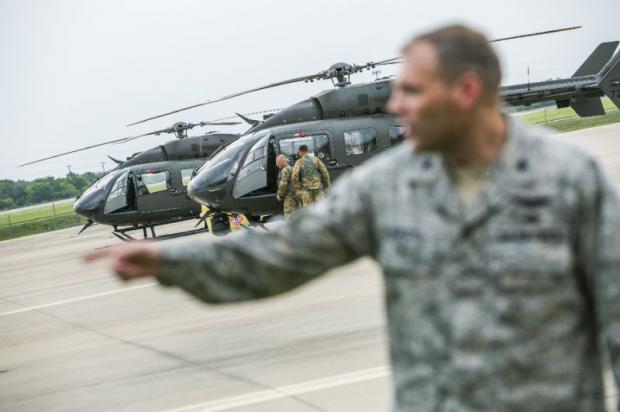 Washington (AFP) - The US states of Texas and Arizona on Friday announced plans to send National Guard troops to the southern border with Mexico after President Donald Trump ordered a thousands-strong deployment to combat drug trafficking and illegal immigration.

The Texas National Guard said it would send 250 troops to the border within 72 hours and had already deployed two Lakota helicopters, while Arizona's governor said he would send 150 personnel next week.

"The Texas national guard is preparing to immediately deploy with supporting aircraft, vehicles and equipment to the Texas-Mexico border," Brigadier General Tracy Norris, the commanding general of the Texas National Guard, told reporters at a briefing.

"This deployment has begun with the movement of equipment and troops today. Within 72 hours the Texas military department will have 250 personnel along with ground surveillance vehicles as well as light and medium aviation platforms," she added.

Arizona Governor Doug Ducey announced his plans in a tweet.

Secretary of Defense Jim Mattis signed an order for "up to 4,000 National Guard personnel to support DHS's southern border security mission while under the command and control of their respective governors through September 30, 2018," according to a Department of Defense memo.

The memo set out that troops would not carry out law enforcement activities without the defense secretary's approval and would be armed only in "circumstances that might require self-defense."

Mattis and homeland security secretary Kirstjen Nielsen said the decision came after their departments "identified security vulnerabilities that could be addressed by the National Guard."

"Together, the Departments of Homeland Security and Defense are committed to using every lever of power to support the men and women of law enforcement defending our nation's sovereignty and protecting the American people," they said in a joint statement.