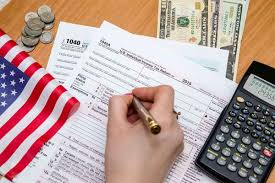 The alleged trader, who uses the screenname Thoway, explained that he bought eight bitcoins for $7,200 in January 2017 then cashed them out in December for about $120,000. Here's the catch: his altcoin investments quickly sunk, eating away most of his bitcoin profits. But unbeknownst to him, by selling his bitcoin, Thoway had inadvertently triggered a "taxable event".

Thoway said his lawyer advised him to cash out his remaining altcoins and give whatever is left to the IRS. Thoway, who has not been identified and has apparently gone "missing" from Reddit since his post went viral, told readers that he earns $47,000 a year as an office assistant.

Thoway's lawyer said he should be able to set up a payment plan allowing him to pay down the debt over a long-period of time, likely ten years. Still, Thoway complains that, during that period, his tax payments will likely siphon off most of what would've been his savings, meaning he has essentially been condemned to live paycheck to paycheck for the foreseeable future because he made a profitable trade, but ignored the tax consequences.