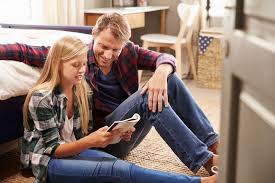 Government officials will start with a premise that seems pretty legit.

"Kids need to be protected. In order for parents and officials to protect them, kids can't have full rights like adults."

As child labor, compulsory schooling, and other "protective" laws have accelerated over the last 100 years, the definition of "child" has gone from something like under 14-years-old to 16, 18, and 21 in many cases.

But don't worry, it's just "kids" that don't have rights. It's just that American society considers people in their early twenties "kids."

In fact, you can't even run for the House of Representatives until age 25. According to what America fought its war of independence over–"No taxation without representation"–people under 25 should be exempt from federal taxes.

And yet the media has manipulated teens into marching not to have their human rights restored, but to take more of their rights away. They want to make sure no one under 21 can protect themselves.

This again is one of those things that sounds like a reasonable idea.

"Teenagers are unstable, we don't want them having guns!"

Of course, 15-year-old gang members already seem quite capable of getting guns. And basically any 15-year-old in America can get cigarettes, alcohol, and illegal drugs.

So instead of protecting "kids," and protecting society from "kids," these rules serve only to infantilize teens. It is a spiral–as teens are more restricted, they lash out in protest, which is used as further evidence of the need to restrict them.

In South Carolina, almost 10,000 students under 16 have entered the criminal justice system due to laws against "disturbing schools," and "disorderly conduct." Ironically, students over 16 were not included in the statistics because they were charged as adults. So they don't have the rights that adults have, but they can still be treated like an adult by the criminal justice system.

How to Keep Your Children Safe from Predators

California: Officials sued for wanting to vaccinate children in secret

Dr.SHIVA LIVE: How May FACE Coverings Affect A Child's Development? A Systems Discussion.