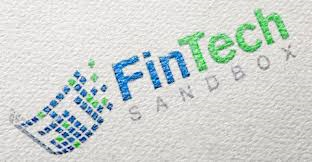 The law will grant regulatory relief for innovators in these sectors who desire to bring new products to market within the state.

Under the program, which will take effect later this year, companies will be able to test their products for up to two years and serve as many as 10,000 customers before needing to apply for formal licensure.

"With the signing of H.B 2434, Arizona will become the ultimate sandbox for the development of Fintech," Ducey wrote on Twitter once it became official.

"FinTech is going to fundamentally transform banking, finance & technology. We're going to be the first in the state to embrace it," he said at an event hosted by the Arizona Commerce Authority, a business group.

As the pace of technological change in financial services continues to forge ahead at a sizzling rates that legacy regulatory systems are struggling to keep up with, jurisdictions around the world have moved to establish sandboxes that allow for new products to be deployed on a trial basis in a manner that loosens certain licensing restrictions while still affording consumer protections.

If you take AZ State 87 from Mesa to Strawberry - Strawberry is a mere blip as you pass through it - in the center of "town" is the intersection onto Fossil Creek Road. In the past you could take FCR back about 22 miles to the Verde River power-plant town of Childs. FCR has been blocked off by the Forest Service since the power plant shut down. About a mile up stream from Childs you can still find remnants of a resort built by Al Capone. The point? There are shrewd people in Arizona. Remember the Arizona Project and the Don Bolles car bombing back in 1976 - https://www.azcentral.com/story/news/local/phoenix/2016/06/02/don-bolles-murder-look-back-arizona-project/84446198/. The AZ shrewd people are in AZ Government. It's our duty to freedom to make sure regulations don't regulate cryptocurrencies into the hands and control of Government. Keep your eyes open, and your head screwed on with regard to Fintech.