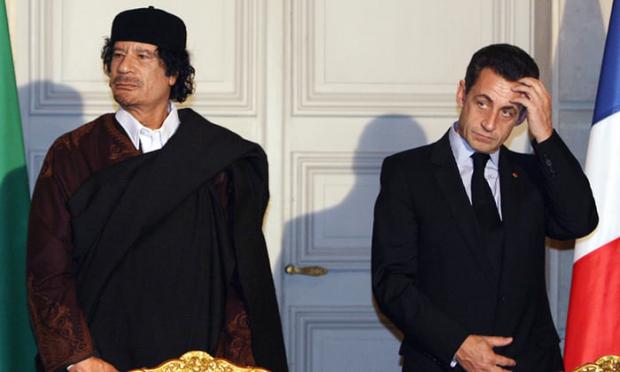 The former French president Nicolas Sarkozy has been taken into police custody to be questioned over allegations that he received millions of euros in illegal election campaign funding from the regime of the late Libyan dictator Muammar Gaddafi.

Sarkozy, who was France's rightwing president from 2007 to 2012, was being questioned on Tuesday morning by police officers specialising in corruption, money laundering and tax evasion at their office in the western Parisian suburb of Nanterre, as part of an inquiry into whether Gaddafi and others in Libya illegally financed his winning election campaign in 2007.

The investigation is potentially France's most explosive political financing scandal in decades. Sarkozy has repeatedly denied the allegations, dismissing the claims as "grotesque".

It is the first time police have questioned Sarkozy over the allegations. A French inquiry into alleged illegal campaign funding from Libya was opened in 2013. The inquiry did not name anyone as a suspect, and has centred on claims of corruption, influence trafficking, forgery, abuse of public funds and money laundering.