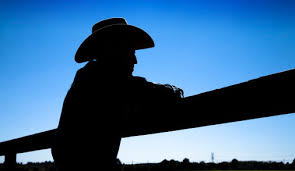 The rancher claims that both agencies trespassed on his property and install cameras on his trees without his permission, but the icing on the cake, was when they threatened to arrest him.

According to ARS Technica, last November, a 74-year-old rancher and attorney was walking around his ranch just south of Encinal, Texas, when he happened upon a small portable camera strapped approximately eight feet high onto a mesquite tree near his son's home. The camera was encased in green plastic and had a transmitting antenna. The rancher removed the camera, and that's when the trouble began for the feds involved in this property violation.

Soon after, Ricardo Palacios, the rancher, received phone calls from Customs and Border Protection officials and the Texas Rangers. Each agency claimed the camera as its own and demanded that it be returned. Palacios refused both, and they threatened him with arrest. Palacios saw the camera as the proverbial straw that broke the camel's back.  So he sued.  He sued both CBP and the Texas Rangers for continued violation of his property and Constitutional rights.

1 Comments in Response to After The Feds REPEATEDLY Violate Man's Rights And Property, He SUES

From the article at http://www.shtfplan.com/headline-news/after-the-feds-repeatedly-violate-mans-rights-and-property-he-sues_02222018, "In court filings, Texas officials have claimed qualified immunity, a legal doctrine that protects law enforcement officials." So in addition to attorney filings, now file man-to-man, not man-to-law enforcement official. File a simple claim in a court of record, so that the judge is out of it, and the tribunal (accuser, accused, jury) is all that makes up the court. Attorneys can advise, but only the tribunal can speak, except for the referee action of the judge: CORPUS JURIS SECUNDUM vol 25 section 344.