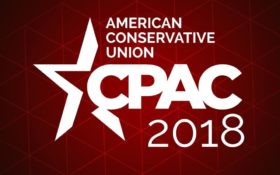 The Conservative Political Action Conference (CPAC) 2018 will kick off on Wednesday in the National Harbor, the suburban area of Washington D.C. — and President Donald Trump has promised to attend and speak at the event.

In recent years, the size and scope of the event has grown. Trump praised American Conservative Union chairman Matt Schlapp's impact, saying there is a "big difference" in the event with President Barack Obama out of office.

After Schlapp's appearance Tuesday morning on Fox & Friends, Trump tweeted,"Matt Schlapp and CPAC are getting ready for another exciting event. Big difference from those days when President Obama held the White House. You've come a long way Matt!"

Schlapp announced on Tuesday that this year's CPAC will focus on the Republican agenda "that's had so much success."