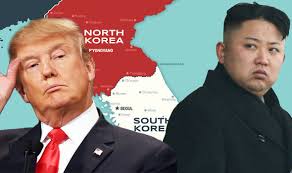 Two senators who attended the Munich Security Conference over the weekend affirmed that the US has not developed a so-called "bloody nose" strategy to take out North Korea's nuclear arsenal - contrary to prior reports in the Wall Street Journal and elsewhere.

"We are here to echo that there has not and has never been a bloody nose strategy," said Sheldon Whitehouse, a Democratic senator from Rhode Island. Whitehouse said he and other lawmakers who attended the conference were briefed by National Security Adviser HR McMaster had briefed a Senate delegation in a secure annex of Congress before the group traveled to the Munich Security Conference, he said on Sunday in the Bavarian capital.

Many security experts have warned that any kind of preemptive strike against the North risks creating hundreds of thousands - if not millions - of casualties. Victor Cha, a former White House official who had been considered for the post of ambassador to South Korea, warned in an essay against giving North Korea a "bloody nose" using a targeted military strike on the regime, according to Bloomberg.

That's because even a small attack could spark a nuclear war that could devastate both the Korean peninsula and the Continental US - as well as leave many US allies at risk. The heaviest casualties, as we explained in a post over the summer entitled "What Would A North Korean Nuclear Attack Look Like?" Seoul and Tokyo could swiftly suffer millions of casualties from both nuclear and conventional weapons.

That could devastate Northeast Asia and draw in both China and Russia, which have repeatedly warned the US to avoid military action, and have repeatedly pushed a peace plan that would see the US abandon its military exercises in the region - and remove its missile-defense systems in South Korea - in exchange for the North halting its nuclear program.

Meanwhile, a North Korean state-run news agency published commentary criticizing President Trump's hints at the possibility of a military intervention in North Korea, saying the state of about 25 million people is "fully ready" for both dialogue and war.

Here's a breakdown of those comments courtesy of Bloomberg: