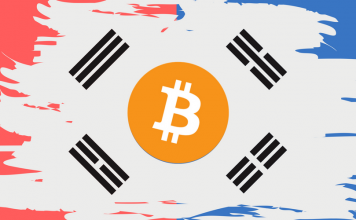 The South Korean regulators are considering introducing an approval system for cryptocurrency exchanges, Business Korea reported. An official participating in the government's virtual currency task force, which has been discussing the matter, revealed on Monday:

We are positively considering the adoption of an exchange approval system as the additional regulation on cryptocurrencies. We are most likely to benchmark the model of the State of New York that gives a selective permission.

The State of New York allows exchanges to trade cryptocurrencies only when they have obtained a charter or a license, known as Bitlicense, from the New York State Department of Financial Services (NYSDFS). Its restrictive controls and capital requirements have led to only 6 firms being approved so far. Circle Internet Financial, XRP II, Coinbase Inc, and Bitflyer USA have received Bitlicenses, while charters were granted to Gemini Trust Company and Itbit Trust Company. "When the country accepts the model from New York, it will be able to bring cryptocurrencies into the institutional system as well as supervise the market in an orderly manner, according to the government," the news outlet conveyed. While emphasizing that the final decision will likely be made after local elections in June, the publication asserted:

The Ministry of Strategy and Finance is aggressively planning to adopt the exchange approval systems.