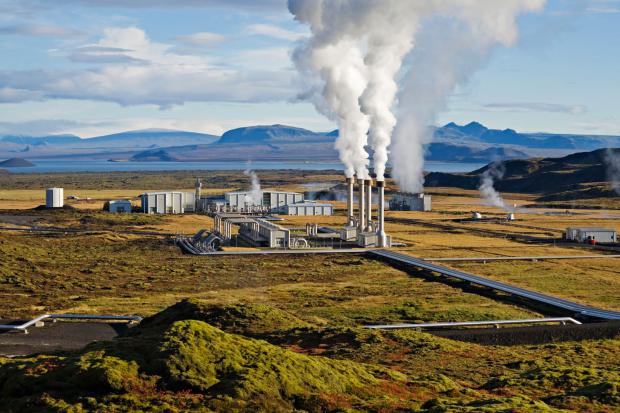 Iceland is the ideal place to mine bitcoin. Thanks to the cold coupled with relatively cheap electricity costs, the region has drawn its share of bitcoin mining operations. This year alone energy expended on crypto mining will exceed that of typical domestic usage, according to reports.

"Four months ago, I could not have predicted this trend," Johann Snorri Sigurbergsson, Hitaveita Sudurnesja's business development manager, announced incredulously, "but then bitcoin skyrocketed and we got a lot more emails. Just today, I came from a meeting with a mining company seeking to buy 18 megawatts."

Powering southwestern Iceland, Hitaveita Sudurnesja is a Svartsengi-based geothermal energy plant (about four km north of Grindavík). The area is also home to cryptocurrency mining, which is increasing at a pace to use more wattage than its residents combined, effectively doubling "its energy consumption to around 100 megawatts this year," according to reports. In fact the National Energy Authority puts its usage at more than 340,000 households on the island.

Arguably, mining is the heart of the entire bitcoin affair – and due to its concept of baked-in digital scarcity, the computational problems associated with mining blocks, confirming transactions, building what is referred to as the blockchain or distributed ledger, mining has become a lucrative business. To do so effectively, cooler climes are necessary, as are abundant sources of energy. Iceland is a natural home for the burgeoning industry, but not everyone is pleased. "Under normal circumstances," Pirate Party legislator Smari McCarthy explained, "companies that are creating value in Iceland pay a certain amount of tax to the government. These companies are not doing that and we might want to ask ourselves whether they should." Tapping a typical trope, the lawmaker continued, "We are spending tens or maybe hundreds of megawatts on producing something that has no tangible existence and no real use for humans outside the realm of financial speculation. That can't be good." The Pirate Party was once known as very pro bitcoin.