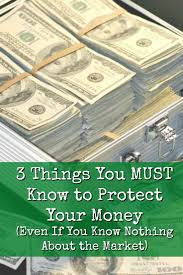 In this economic climate, lots of folks are wondering how to protect their money. Some people are forced to invest in retirement funds by their employers, others play the market, some invest on their own, and nearly everyone has checking and savings accounts. But when the amount of money you have goes beyond something you could live off for a month or two, how do you deal with it wisely while minimizing your risk?

There is a history of government seizure or confiscation of assets. This can be found in nearly every country, including both the Federal and State level in the United States. Rather than go into the nature of politics or maintaining a wartime economy or support of an asset-based currency or filling tax revenue shortages through seizures, let's just acknowledge that a government entity of any sort may choose to make a rule that effects a transfer of a citizen's wealth to that government for whatever purpose. That is a political risk that will not go away.

Instead, let us focus on contracts and agreements that we can control. Namely, our relationship with banks and custodians. Those agreements can impact our ability to maintain our wealth, ourselves, and hopefully be redeemable for cash upon demand.

There are three rules for protecting your investments and we can learn those through situations that we all read about in the news. Let's first examine some relatively recent history, here in the United States, when US citizens could watch their wealth evaporate quite legally, because of contracts they did not pay attention to.

Rule #1: Make sure you have more than a Chinese firewall in place between your financial instrument and the reporting entity

Everyone remembers Bernie Madoff –  many clients of Bernie Madoff lost a lot of money. Was this legal? No – it was a Ponzi scheme, but it's worth examining as your protection for something Illegal as a counterpoint to what is legal. A Ponzi scheme is when a client's withdrawals come from other client's money.

"We Found Something Better Than Gold": Rio Tinto Starts Lithium Production In The US

What Do You Really Own With Unallocated Precious Metal? - Weekly Wrap Up

NASA On The Cusp With $967 Million Mission To Weird 'Psyche' Asteroid...