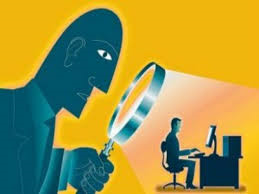 The Cato Institute has, in cooperation with the Canadian Fraser Institute and the German "Friedrich-Naumann Stiftung für die Freiheit," assembled a comprehensive 396-page report on human freedom in the world. Overall, governments worldwide have reduced the level of freedom in recent years.

The Link between Individual Liberty and Prosperity

Freedom of movement, expression, and information, as well as the rule of law, have seen the largest decreases since 2008.

Since 2008, the global Human Freedom Index (HFI) has gone down to 6.93/10 from 7.05/10. According to Ian Vasquez and Tanja Por?nik, who drafted the report, important factors for the score were performances in the categories regarding individual and civil liberties, as well as economic liberty. When it comes to the latter, the researchers point out that the individual liberty is very much linked to economic prosperity: the freest countries show a higher GDP per capita ratio compared to those with very low levels of individual freedom. Hong Kong, which ranks second in Cato's Human Freedom Index, is a noticeable exception on this point.