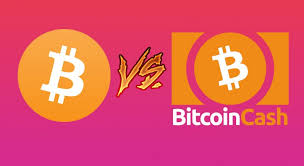 Answering demands from the private and public sectors, US government scientists have created a guide to the technology behind bitcoin and its applications for a variety of uses. Among various issues, the 59-page report explains that, "technically, Bitcoin is a fork and Bitcoin Cash is the original blockchain."

What is Underpinning Bitcoin? The National Institute of Standards and Technology (NIST), an agency of the United States Department of Commerce with a nearly $1 billion annual budget, has released an introduction to the technology behind bitcoin. The scientists say they hope it will help businesses make informed decisions about whether or not it would be an asset to their products.

The document, titled "Interagency Report: Blockchain Technology Overview", introduces the concept, discusses its use in cryptocurrency, and showcases broader applications.

"We want to help people understand how blockchains work so that they can appropriately and usefully apply them to technology problems," commented Dylan Yaga, a NIST computer scientist who is one of the report's authors. "It's an introduction to the things you should understand and think about if you want to use blockchain." Financial markets have been taken by blockchain mania over the past year, with a torrent of new companies entering the field. Because of this, the authors reveal, the NIST was asked by several stakeholders, customers and agencies to create a straightforward description of blockchain technology.

"Blockchain is a powerful new paradigm for business. People should use it – if it's appropriate. In the corporate world, there's always a push to adopt new technologies. Blockchain is today's shiny new toy, and there's a big push to adopt it because of that. We want to help people to see past the hype," Yaga added, "as lofty a goal as that is."

The report is described as approachable but also "as high-level as" can be written. The document is longer than other NIST definitions because the technology combines so many complex ideas and because it covers many subjects such as cryptocurrencies and forks.