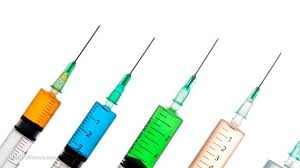 The United States ALMOST Came To An End…

There is NO question in my mind that the US anti-vaccine movement elected Donald Trump president of the United States November 8th, 2016.  We did…

The US Vaccine issue is VERY important.  The damage ALREADY done to American society is significant.  Autism is undeniable – the science is on our side.  There is no doubt in my mind that the entire generation of Americans known as "The Millenials" are, as a group, vaccine-damaged.  We can see the signs in their development and actions.

During presidential election 2016, the objection to "Mandatory Vaccines" was the unifying argument.

But, in reality, the more important of the two words in "Mandatory Vaccines" was "Mandatory," rather than "Vaccines," but not by much.

"Hillary" made it clear, in grandiose sneering terms, that EVERY man, woman, and child in the United States was going to be required to be vaccinated according to the CDC recommended schedule – 72 vaccines for children from 0 to 18 years, and 96 vaccines (so far) for adults.

"Donald," on the other hand, had his picture taken with Andy Wakefield MD, and had a meeting with Bobby Kennedy Jr about a "Vaccine Commission", sending the liberal (Big Pharma funded) media into schizoid frenzies – and Americans to the voting booths with clear choices.

But, although Vaccines were the tool, they weren't the real argument…

The argument was about freedom.