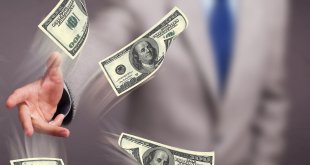 The chairman of the US Securities and Exchange Commission (SEC) said that he has instructed staff at the regulatory agency to be on "high alert" for initial coin offerings (ICOs) that violate federal securities laws.

Speaking by video conference to the Securities Regulation Institute on Monday, SEC head Jay Clayton laid into securities lawyers for providing startups with inadequate guidance on how to operate a compliant ICO.

"Market professionals, especially gatekeepers, need to act responsibly and hold themselves to high standards. To be blunt, from what I have seen recently, particularly in the initial coin offering ("ICO") space, they can do better," he said.

He also took securities lawyers to task for giving startups "equivocal" advice regarding whether the ICO token is a security even though the legal professionals recognize that it most likely is.

Clayton warned that he has instructed SEC staff to be on "high alert" for ICOs that are substantively securities offerings, even if they are wrapped in a form that would convey otherwise.

"I have instructed the SEC staff to be on high alert for approaches to ICOs that may be contrary to the spirit of our securities laws and the professional obligations of the U.S. securities bar," he concluded.

Before moving on to other matters, however, Clayton expressed concern at the growing number of public companies that have allegedly sought to artificially inflate their share prices by associating themselves with blockchain technology.