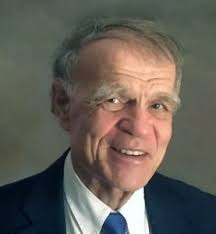 Week after week regulators and governments have been announcing plans to regulate digital currencies like bitcoin. This week in France on January 15 the Minister of the Economy Bruno Le Maire announced his decision to create a "digital currencies mission" and a working group that will work towards regulating cryptocurrencies. In addition to the digital currency objectives, Le Maire appointed the former Bank of France (BOF) deputy governor, Jean-Pierre Landau, as the new working groups leader.

Jean-Pierre Landau believes bitcoin is like the tulip craze but yet he is appointed the 'cryptocurrency mission leader'.

Last Spring many bitcoin proponents thought French politicians and regulators might favor cryptocurrencies after the left-leaning president of France, Emmanuel Macron, was elected and photographed brandishing a Ledger hardware wallet. Now the Minister of the Economy Bruno Le Maire says the country is creating a working group led by the former BOF deputy governor that will study digital currencies while also proposing regulatory standards.

"We want a stable economy: we reject the risks of speculation and the possible financial diversions linked to bitcoin," explains the Minister of the Economy Monday morning. "I asked the Argentine G20 members to take up this issue and I have now entrusted Jean-Pierre Landau, the former deputy governor of the Banque de France, to complete a mission concerning cryptocurrencies."

Jean-Pierre Landau's mission will be responsible for proposing guidelines on the evolution of regulations and to better control development and prevent their use for the purpose of tax evasion, money laundering or for financing criminal activities and terrorism.