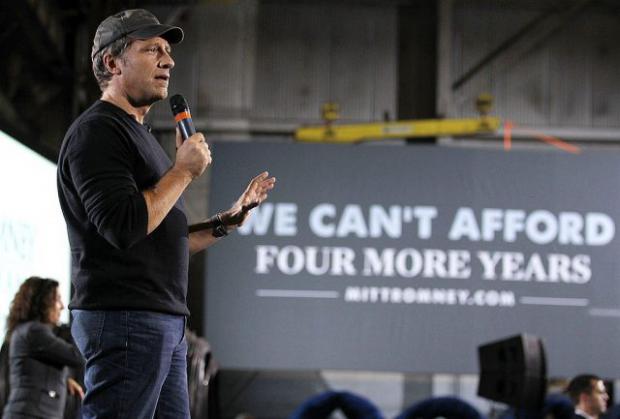 This skill was on display Thursday when Rowe responded to a woman criticized his politics on Facebook.

Rowe narrates the show "How The Universe Works" on the Science Channel. The woman, Rebecca Bright, called Rowe an "anti-education, science doubting, ultra-right wing conservative" who should be fired.

"I love the show How the Universe Works, but I'm lost on how the producers and the Science Channel can allow anti-education, science doubting, ultra-right wing conservative Mike Rowe to narrate the show," Bright wrote, according to Rowe. "There are countless scientists that should be hired for that, or actors, if you must, that believe in education and science that would sound great narrating the show, example: Morgan Freeman. Cancel this fools contract and get any of your scientists so often on the show to narrate it."

In his response, Rowe started off by exhibiting his knowledge of the subject of the show and killing Rebecca with kindness:

First of all, I'm glad you like the show. "How the Universe Works" is a terrific documentary series that I've had the pleasure of narrating for the last six seasons. I thought this week's premiere was especially good. It was called, "Are Black Holes Real?" If you didn't see it, spoiler alert….no one knows!!!

It's true. The existence of Black Holes has never been proven. Some cosmologists are now convinced they don't exist at all, and the race to prove their actuality has become pretty intense. Why? Because so much of what we think we know about the cosmos depends upon them. In other words, the most popular explanations as to how the universe actually works, are based upon the existence of a thing that no one has been able to prove.

As I'm sure you know, it's OK to make assumptions based on theories. In fact, it's critical to progress. But it's easy these days to confuse theory with fact. Thanks to countless movies and television shows that feature Black Holes as a plot device, and many documentaries that bring them to life with gorgeous CGI effects and dramatic music, a lot of people are under the assumption that Black Holes are every bit as real as the Sun and the Moon. Well, maybe they are, and maybe they aren't. We just don't know. That's why I enjoyed this week's show so much. It acknowledged the reasons we should question the existence of something that many assume to be "settled science." It invited us to doubt.

Oftentimes, on programs like these, I'm asked to re-record a passage that's suddenly rendered inaccurate by the advent of new information. Sometimes, over the course of just a few days. That's how fast the information changes. Last year for instance, on an episode called "Galaxies," the original script – carefully vetted by the best minds in physics – claimed there were approximately one hundred billion galaxies in the known universe. A hundred billion! (Not a typo.) I couldn't believe it when I read it. I mean, the Milky Way alone has something like 400 billion stars! Andromeda has a trillion! How many stars must there be in a universe, with a hundred billion galaxies? Mind-boggling, right?

Well, a few weeks later, the best minds in physics came together again, and determined that the total number of galaxies in the universe was NOT in fact, a hundred billion. They were off. Not by a few thousand, or a few million, or few billion, or even a few hundred billion. The were off by two trillion. That's right…TWO TRILLION!!

But here's the point, Rebecca – when I narrate this program, it doesn't matter if I'm correct or incorrect – I always sound the same. And guess what? So do the experts.