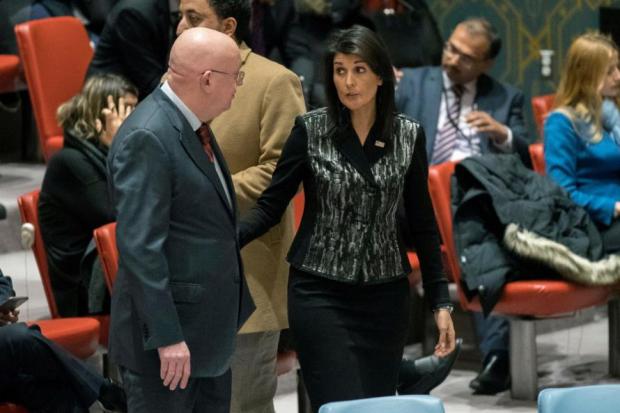 Also not unexpected is that the US finds itself isolated after a week of the Trump White House going on the offensive: first by essentially calling for regime change in Iran after the onset of mass protests last week (the State Dept.'s first statement a week ago referenced "transition of government"), and then came the bombshell announcement that all foreign aid to Pakistan, which reportedly totals up  to $2 billion in promised security aid, has been cut.

And not helpful to any of this was Trump's lashing out through a series off the cuff tweets aimed at Iran and Pakistan in the past days - some of which may have precipitated Pakistan's finally pulling the trigger on ditching the dollar in trade with China in retaliation.

These countries and others came out swinging at the UN. First, Iran's ambassador told the meeting that his government has "hard evidence" that recent protests in Iran were "very clearly directed from abroad."

According to the Washington Post, Iran's highest legal authority previously claimed direct CIA involvement in the unrest which has now taken over two dozen lives, including at least one police officer and three Iranian intelligence officers who were reported killed during clashes in the western city of Piranshahr on Wednesday.