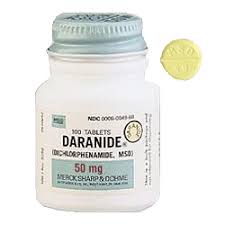 (Natural News) In yet another story of heartless price gouging, a pharmaceutical company has raised the price of a drug that was once free to more than $100,000 a year. Businesses exist to make money, of course, but Big Pharma is no stranger to taking advantage of people's suffering. Turning a profit is one thing, but being downright greedy is another story entirely – and it's one we're constantly reading about when it comes to pharmaceutical pricing.

In this case, it's people who are suffering from a rare genetic illness known as periodic paralysis who are paying the price. According to the non-profit group Periodic Paralysis International, this disorder leads to temporary bouts of paralysis or muscle weakness that can last anywhere from a few minutes to several days. Some varieties also lead to permanent muscle weakness over time.

One Seattle sufferer told the Washington Post that it can feel like wearing lead shoes all the time or trying to stand up wearing a 50-pound backpack.

Patients have been getting relief from a drug known as Daranide. Originally approved back in 1958 for treatment of glaucoma, it was very cheap for a long time before embarking on a dizzying roller coaster of price changes that has left sufferers confused and frustrated. In the early 2000s, the list price for a 100-pill bottle was just $50, and by 2015, it had gone up to $13,650! After that, it was available for free before spiking back up to $15,001.

The drug's ownership has changed hands repeatedly over the years, and this is behind the series of dramatic price swings. Merck discontinued Daranide in the early 2000s, and those with periodic paralysis who found it worked better than anything else often went out of their way to import it from abroad, shelling out around $300 a month for relief.

In 2008, a generic drug maker known as Taro Pharmaceutical Industries acquired the medication with the aim of making it available at a reasonable price; a family member of Taro's owner was affected by the illness, although he took a different drug. This was good news until Sun Pharmaceutical Industries took over Taro and had the drug approved by the FDA as a rare disease treatment for those with periodic paralysis. This gave it not only a new name – Keveyis – but also a new price: $13,650 for a bottle of 100 pills. This type of federal approval gave the firm seven years of exclusive marketing rights.