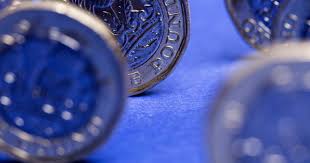 As originally reported by The Telegraph, the Bank of England may approve the creation of a state-sponsored cryptocurrency within the year. Just last year, the bank announced it had commissioned a theoretical currency, RS Coin, which could be used by central banks to settle payments.

Now, England's central bank is upping the ante, looking to make its theoretical concept into a viable reality.

A research team vetted by the Bank has been studying the possibility of a central bank-issued cryptocurrency since 2015.  In order to avert the volatility that has come to define Bitcoin, the cryptocurrency would be backed by the Bank of England and tethered to the pound sterling, Great Britain's national currency. The Bank anticipates the research unit to report back sometime in 2018 with their findings.

Before the Christmas holiday, Dr. Mark Carney, Governor of the Bank of England, made the case for a central bank-backed cryptocurrency to England's Treasury Select Committee.  Defending the idea, he stated that "The underlying technology is actually of a fair bit of interest. We are working with it at the Bank of England."

"I have participated in discussions with the major central banks on this issue," he continued, saying that such talks would resume in the new year.  He also revealed that, over the summer, the Bank successfully transacted with another central bank using blockchain technology.

According to Dr. Carney, there are clear positives to using blockchain technology for central banking practices.  "You don't end up with those financial stability risks; you get financial stability benefits. And you save huge amounts of computational energy intensity," he argued.

The Governor also added that the Bank and its research unit are "disciplined" in their approach. "If we're going to apply something to the core of the system, it's going to need to meet five sigma quality rating."

If the trials are successful enough for actual adoption, a cryptocurrency banking option could pave the way for near instantaneous payments for cars, land, houses, and other key assets.

Still, Dr. Carney was careful to address the limitations of a central bank-backed cryptocurrency.  One such weak point, he believes, is solvency if the currency were introduced on a widespread, public scale.