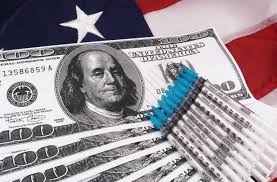 Yet the AAP, IAC and other non-profits such as Every Child by Two (ECBT) are among the leading actors propagating misleading assertions about vaccine safety. All three also are actively lobbying legislators to effectively jettison informed consent in favor of mandatory vaccines. (In Part One, we also discussed two vaccine advocacy coalitions: the 317 Coalition and the Adult Vaccine Access Coalition.)

In Part Two, we take a closer look at these three particular non-profits (AAP, IAC and ECBT), which were the focus of a trenchant investigation published in The BMJ in November 2017. The BMJ is an international peer-reviewed medical journal that takes pride in the dictum that "knowledge for healthcare professionals and patients should be independent and unbiased" [emphasis added]. The article's author is Peter Doshi, BMJ associate editor, who takes this statement to heart by dissecting the funding sources and activities of three vaccine advocacy organizations and asking whether they are "sufficiently independent."

Vaccine advocacy organizations like to pass themselves off as credible and independent sources of information. However, as Doshi immediately points out, the three dominant players (AAP, IAC and ECBT) all receive corporate funding from vaccine manufacturers as well as significant government funding from the Centers for Disease Control and Prevention (CDC). AAP is also intertwined with CDC through AAP's representation on the CDC-based Advisory Committee on Immunization Practices (ACIP), the influential committee that meets several times annually to formulate childhood and adult vaccine schedule recommendations.