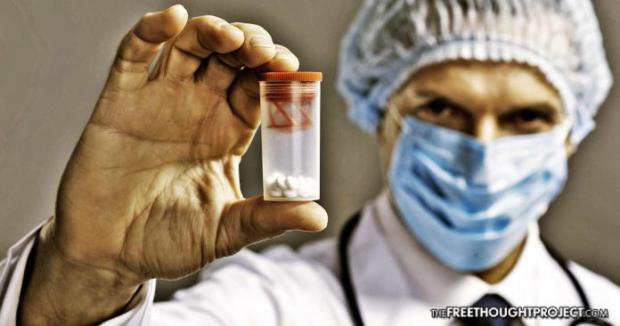 With the FDA recently authorizing the world's first "smart pill", many ethical questions are being raised by medical doctors. Forced medication by the state seems imminent.

The Food and Drug Administration (FDA) recently approved what may be the world's first "smart pill." Abilify MyCite, (aripiprazole) a "pill with a sensor that digitally tracks if patients have ingested their medication" was approved for sale and distribution by the FDA in mid-November. Now, a month after the drug's approval, several of the world's leading medical doctors are questioning the ethics surrounding the controversial drug.

Presumably using "compliance" with taking prescribed medicines as justification, the drug, "has an ingestible sensor embedded in the pill that records that the medication was taken." Abilify MyCite was "approved for the treatment of schizophrenia, acute treatment of manic and mixed episodes associated with bipolar I disorder and for use as an add-on treatment for depression in adults." Abilify is a selective serotonin reuptake inhibitor (SSRI), a class of drugs which, by law, must contain the following black box warning label for consumers. That black box warning label reads:

• Elderly patients with dementia-related psychosis treated with antipsychotic drugs are
at an increased risk of death. ABILIFY is not approved for the treatment of patients with
dementia-related psychosis. (5.1)
• Increased risk of suicidal thinking and behavior in children, adolescents, and young adults taking antidepressants. Monitor for worsening and emergence of suicidal
thoughts and behaviors. (5.3)

Additionally, Abilify has been linked to serious impulse control problems in patients. In May of 2016, the FDA issued a warning to consumers about the drug's dangers associated with compulsive and impulsive behavior. According to the FDA, taking Abilify can lead to the following behaviors among others:

Although pathological gambling is listed as a reported side effect in the current aripiprazole drug labels, this description does not entirely reflect the nature of the impulse-control risk that we identified. Additionally, we have become aware of other compulsive behaviors associated with aripiprazole, such as compulsive eating, shopping, and sexual actions…uncontrollable urges…Those with a personal or family history of obsessive-compulsive disorder, impulse-control disorder, bipolar disorder, impulsive personality, alcoholism, drug abuse, or other addictive behaviors. Consider reducing the dose or stopping the medicine if such urges develop.