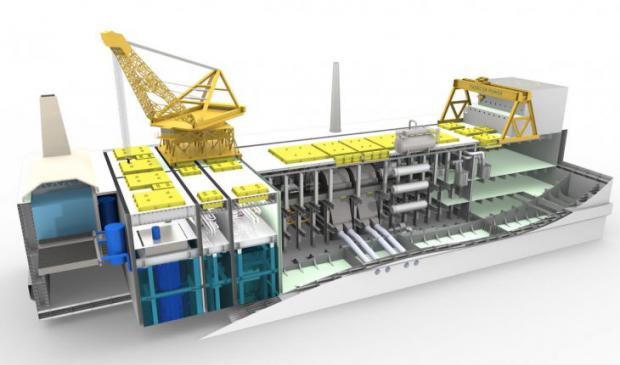 It generates emission-free electric power, cheaper even than from a coal-fired plant. Its full-time electric power will improve developing nations' economies and lifestyles, while also dissuading them from burning fossil fuels which emit CO2.

New energy is being mainly built in Asia (China, India, South and South East Asia) and the developing world. There is very little net new power being built in the USA, Europe, and Japan. Thorcon logically will focus on certification for markets where power is actually being built.

ThorCon's genesis is in ship production. Eight oil supertanker ships were built by ThorCon's predecessor company. This ship is the largest double hull tanker ever built. She can carry 440,000 tons of oil. Her steel weight is 67,000 tons. She required 700,000 man-hours of direct labor, a little more than 10 man-hours per ton of ship steel. About 40% of this was expended on hull steel; the rest on outfitting. She was built in less than 12 months and cost 89 million dollars in 2002.