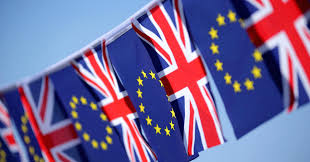 Alas it was not meant to be and after a brief conference between the two leaders, we learned that despite progress, a Brexit deal "was not possible today."

According to the BBC's Laura Kuenssberg, "it was the DUP call that sunk today's chances of a deal - Foster held her press conf, 20 mins later May leaves talks with Juncker to call her, goes back into the room and the deal is off."

However it was another BBC reporter, Katya Adler, that had the best summary of today's events: "No-one knows what's going on now, one EU diplomat told me"

What we do know is that despite the lack of a deal, hope remains and speaking after talks between the UK and the European Commission's negotiators, Jean-Claude Juncker said: "Despite our best effort and a significant effort, it was not possible to reach a complete agreement today" adding that "this is not a failure, this is the start of the very next round."

Juncker added that "we now have a common understanding on most relevant issues, with just two or three open for discussion. This will require further consultation, further negotiation and further discussion," and that "we were narrowing our positions to a huge extent today thanks to the British prime minister, thanks to the willingness of the European Commission to have a fair deal with Britain."