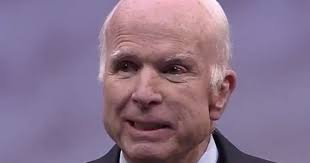 McCain was one of the last GOP senators who had not committed to supporting the proposal.

"After careful thought and consideration, I have decided to support the Senate tax reform bill," McCain said in a statement Thursday. "I believe this legislation, though far from perfect, would enhance American competitiveness, boost the economy, and provide long overdue tax relief for middle class families."

All Republican senators voted Wednesday to start debate on the bill.