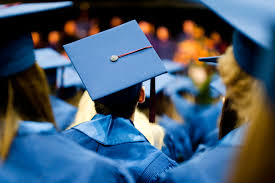 Unlike most any other debt, student loan debt can't (normally) be dismissed in bankruptcy, and millions of graduates and non-graduates are struggling to live out the American dream saddled with thousands of dollars in student debt, and in some cases bleak job prospects to pay it back.

If that's not bad enough, The New York Times reports, "in 19 states, government agencies can seize state-issued professional licenses from residents who default on their educational debts. Another state, South Dakota, suspends driver's licenses, making it nearly impossible for people to get to work."

"It's an attention-getter," Peter Abernathy, chief aid and compliance officer for the Tennessee Student Assistance Corporation, a state-run commission that is responsible for enforcing the law, told the Times. "They made a promise to the federal government that they would repay these funds. This is the last resort to get them back into payment."

However, it is this licensing which, in some cases, forced students to rack up student debt in the first place to satisfy these barriers to entry. Now, these roadblocks are contributing to unemployment.