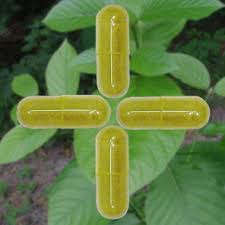 The media, once considered a paragon of integrity, is viewed with cynicism and suspicion. Our former faith in governmental programs and the 'best and brightest' has plummeted steadily from doubt into resentment. So it seems politically foolish for the U.S. Food and Drug Administration, in the midst of its own opioid crisis, which has wrought hundreds of thousands of deaths, laid waste to the life prospects of millions, and lined the pockets of its unscrupulous partner corporations, to issue a warning against the use of a natural herb that combats opioid dependence, eliminates drug withdrawal, and kills pain. Of course, being a naturally-growing plant does not automatically qualify something as safe. There are, after all, varieties of poisonous mushrooms and berries, but people intuitively know to place a greater trust into organic substances.

In a damning health advisory, the F.D.A. recently stated that it is "aware of reports of 36 deaths associated with the use of kratom-containing products" between 2010 and 2015. The F.D.A. report is saturated with lies about kratom, and the statistic that they cited seems unworthy of the fear mongering. In that same period, approximately 80,000 people died from over-the-counter painkillers such as aspirin, but where is their dire warning about the use of aspirin? Are they illegally confiscating aspirin too, and likewise claiming that it is such a danger to public safety that they must ignore the law to tyrannically confiscate something that is completely legal?