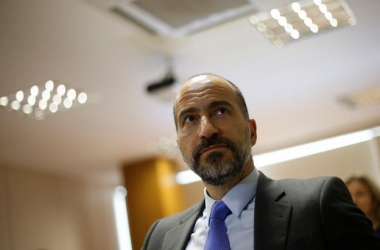 In a case that echoes some of the circumstances surrounding the scapegoating of former UK-based trader Nav Sarao, former Bank of America Merrill Lynch bond trader Paul Walter has been fined 60,000 pounds by the FCA for a practice that regulators call 'algo baiting'.

Algorithm baiting is similar to spoofing – a practice that has been banned by stock-market regulators as those markets have embraced high-frequency trading practices that have broken markets and made them more vulnerable to this type of manipulation. But fixed income markets, like the Dutch loan market Walter is accused of manipulating, have been slower to embrace HFT-type trading. Because of this delay, Walter is a pioneer. Using BrokerTec, a popular fixed-income trading platform, Walter would place a bunch of bids for a given bond, triggering trend-following algos to follow suit. Then he would quickly cancel the bids. Here's a more complete explanation per the Financial Times.

Mr Walter entered bids for Dutch state loans that pushed up their price. Then, when other algorithmic trades followed him in response and raised their bids, Mr Walter sold to them and cancelled his quote. This happened 11 times between July and August 2014 while he was working for the bank, the FCA said, while on one occasion he did the opposite. He netted a total of €22,000 profit from this "algo baiting".