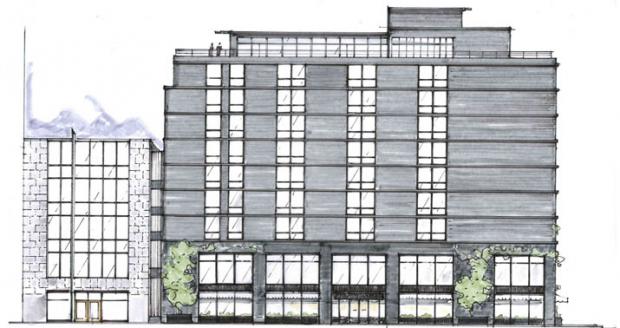 The first thing you'll see when you walk into

Eaton Workshop, a hotel opening in late spring 2018 in Washington, is a custom-commissioned video art installation by AJ Schnack, shown on a series of vintage-style television screens. All day long, it'll broadcast a montage of footage from the presidential elections of 2012 and 2016 that's built around one pointed question: How did our country get where it is today?

It's not a subtle statement, and it's not meant to be.

In Trump's Washington, Eaton is planting a clear flag as a haven for Democrats. It's the world's first politically motivated hotel, the flagship for a global brand that's built around social activism and community engagement. And it comes with a pedigree: As the daughter of Ka Shui Lo, the creator and executive chairman of Hong Kong-based

1 Comments in Response to Coming Soon to Washington: An Anti-Trump Hotel for Liberals

An aggressively liberal hotel in DC is about as revolutionary as a new Cajun restaurant in Lafayette.