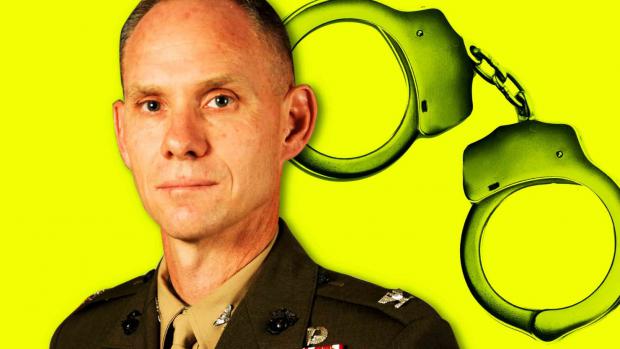 The Guantanamo Bay military tribunals on Wednesday won their first conviction without a plea deal since 2008. Only it wasn't a terrorist who was convicted – it was a one-star Marine general sticking up for the rights of the accused to have a fair trial.

In defending the principle that attorneys ought to be able to defend their clients free from government surveillance, Brigadier General John Baker was ruled in contempt of court and sentenced to 21 days in confinement. He also must pay a $1000 fine.

Baker is a senior officer within in the highly controversial military commissions process: the Chief of Defense Counsel. Maj. Ben Sakrisson, the Pentagon spokesman for detentions, confirmed that Baker is being confined in his quarters – at Guantanamo Bay.